Google’s recent announcement via their Webmasters blog that HTTPS will now be used as a search ranking factor has a lot of SEOs are scratching their heads.

“[…] we’re starting to use HTTPS as a ranking signal. For now it’s only a very lightweight signal — affecting fewer than 1% of global queries, and carrying less weight than other signals such as high-quality content — while we give webmasters time to switch to HTTPS. But over time, we may decide to strengthen it, because we’d like to encourage all website owners to switch from HTTP to HTTPS to keep everyone safe on the web.”

The buzzing question in the SEO world is, of course—is this really important? Important enough to change what we’re doing and consider switching to HTTPS?

According to most sources, not yet. But that will likely change, so it’s good to be alert to this.

Each move Google makes is sure to be a moving part of a much larger strategy. Peeling back the layers to their methods can illuminate not only what this means for right now, but also in the future.

How does this move play into the bigger fold? What does it mean about the future direction of search? More importantly, what does it say about your business and what you should be doing moving forward?

To start: While the relative ranking influence of HTTPS vs. HTTP is small compared to big indicators like content quality, we can expect it to have an increasingly important influence as time progresses.

That means that even if you don’t crank the engines night and day to make the change (not that you should), you can still take it as a big sign that this—and other security-based measures like it—will continue to be of increasing importance to search engine rankings over time. So when it comes to future plans for 2015, consider HTTPS and other security measure in your longer-term goals. 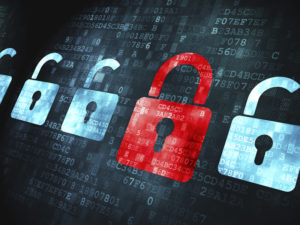 A more interesting question: Why did Google choose this announcement to be the first that explicitly link to a “ranking factor”—even giving an average percentage and a projection for growth?

Could it be that we’ve been heard? That they are providing this small ‘tidbit’ to help SEOs make a transition?

After all, they are providing resources and information to help do just that.

And this slow transition (and assistance) is definitely a departure from their non-disclosure approach in the past. Perhaps it’s meant to mitigate the outcry that previous abrupt changes of caused—and to reduce the on-going concern about future ‘abrupt changes’ and what they might entail.

Of course, there’s also the flip side of that equation: by offering outright a ranking increase (even if it is small for now), they gain insurance for their future business and stay ahead of the game and competitors like Bing.

What are the possible longer-term implications?

There’s the recent stories of iCloud breaches that led to personal celebrity photos spreading across the internet. Then there’s the NSA’s dragnet surveillance program. The countless security breaches on major corporate commerce sites. All while highly sensitive apps like Google Wallet and Google Keychain are coming into market. Since people are generally sharing more personal information online, taking security seriously has now been added to the public’s consciousness.

As data is the most valuable resource du jour, it’s a commodity that needs to be safeguarded in order to protect yours (and Google’s) most value asset: Trust. To stay in the game moving forward, security is key.

The move from HTTP (Hyper Text Transfer Protocol) to its “secure” version, HTTPS, is likely just a first step toward more secure search.

The underlying theme remains essentially the same. Just like the Pigeon update, the move toward HTTPS is occurring based on Google’s best insights about the future of marketing.

In the end, it’s all about the relationship between Google (the provider) and its customers (users). Counterintuitive though it may seem, webmasters are more or less the interlopers.

And with 68% of the market share, they only people they really need to focus on are their customer-base and the future of that relationship.

So for all the SEOs out there, the best thing we can do is respond proactively by taking more or less the same approach Google is—staying ahead of these changes, and understanding their importance to the future of our businesses too.