The evolution of search—spearheaded, of course, by Google’s latest moves—has been morphing at breakneck speed. This comes as no surprise, since the digital space seems to evolve at a rate unmatched by any other industry.

And with Google’s most recent updates, many SEO marketers are dumbfounded—some questioning whether Google isn’t intentionally undermining their optimization efforts. Some restrictions on viewing keyword data in Google Analytics, as well as the apparent phasing out of other tactical metrics like PageRank Toolbar, has left some eyebrows raised and some heads rolling. 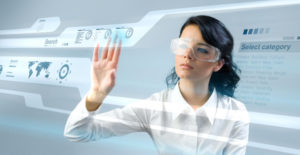 Emerging from the rubble is seemingly endless speculation about alternative methods of obtaining important metrics. From leveraging Webmaster Tools (which many fear will soon follow the wayward path of Google Adwords) to collecting data from smaller search engines, the obsession to evade the next hit of inevitable updates is largely reactionary—and probably unproductive.

Why? It would appear that those fostering such mentalities have fundamentally missed the point.

With these moves, Google is making a statement much more critical than “we will not be giving you free data any longer, so go pay for it with PPC ads.” The decrease of accessibility of some older tactical measures signals more than a simple tightening of the purse strings, and should evoke larger questions that focus not on how to evade these changes, but rather how to anticipate and adapt to what lay ahead in the big picture. Continuing to focus energy on further lateral evasion methods would serve as a temporary Band-Aid at best.

What if that denial translates to essentially phasing yourself out of the market by making your services obsolete? This mentality could be much more costly in the long run than shifting perspectives—and to some extent, services. So let’s bite the bullet, shall we?

SEO as a tactical approach is becoming less and less viable: 2014 is the era of strategy.

The word content strategy has been thrown around for ages, and its relevance and importance is becoming increasingly clear. On a fundamental level, that means generating valuable, relevant content regularly, and then communicating it across the right mediums and in the right ways.

As the digital space becomes more and more integrated, and more and more capable of intuiting searcher intent and natural language, SEO marketers must develop a more robust vision of how SEO can remain relevant in an ever-expanding, ever-integrating web space.

Google has truly made an art form out of their mission statement “to organize the world’s information and make it universally accessible and useful”. But as Google perfects the art of “organizing” the world’s information according to relevancy and utility, they’re now focusing on taking accessibility to a whole new level. How? Well, that’s where things get interesting.

You’ve noticed what’s been getting the most press lately in Google Land. For that matter, not just Google, but all across the digital space—from Apple’s decision to leverage Bing as The “Default Search Engine” for Siri, to Facebook’s first attempts at creating its own Search function, there’s a clear attempt to gain leverage in the market by integrating web platforms and services like search, social, and photo and more. 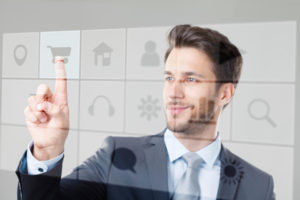 So what does this move towards integration indicate about the future of search?

With products in social, search, media and more, Google’s moves are always strategic. After a little deciphering, their latest focus seems to be point in one clear direction:

Hummingbird. An algorithm that takes search a step further by ‘intuiting’ searcher intent and developing a monologue based on natural language that builds on previous searches.

Google+. More than just a social network, Google+ has been described as a “social layer” that supports and enhances Google’s other online properties and offers an online authorship identity for its users.

What’s the common theme here? There seem to be two.

When we combine seamlessly integrated platforms with voice activation, we get…

Admittedly still an early prototype (as the “Google Glass” SNL skit graciously points out for us). But despite its infancy, this tool serves as a portal into Google’s ambitions and the first example of a culmination of the goals set forth above: from voice activation, conversational search, and seamless layering of all platforms, Google Glass truly has it all.

When we consider similar products, such as Google Now, it’s clear that these are essentially earlier iterations built on this same notion of integration and intuitive interface.

What Could This Mean for SEO?

For starters, take the cue from those who know best. In the marketing bubble, “be useful or die” seems to be more and more the motto du jour. Focusing on a strategic method for generating and effectively communicating quality content is the best assurance to remain competitive in a world where (who knows?) the traditional SERPs we know, could change from the traditionally expected.

As Sam McRoberts, CEO of VUDU Marketing and a prominent SEO expert, explained in a recent interview with Forbes Magazine, we shouldn’t forget that “at its heart, SEO is the process of making websites more accessible and understandable to search engines.” In a sense, innovations in the industry are pushing professional pursuits closer and closer to the original objective—so while it seems like a paradigm shift, it may indeed be something closer to a return to the a paradigm that’s been forgotten or dismantled.

That said, the show must go on. The key moving forward? 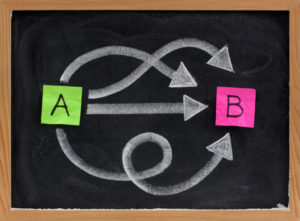 That means hone in on writing skills, and continue to focus on inbound link strategies with a purpose. Not a writer? Develop content strategies that integrate blog, web, and social materials seamlessly and then outsource the writing.

Remember that utility is key in search and in user response, with building brand identity coming in second.

Provide something they can use, and they’ll come back to you—and trust you—again and again. That’s a way to show relevancy.

Lastly, paying close attention to trends in these big key players: mobile marketing, application development, and continued product development by the industry game changers—this will likely offer the best insights toward adaptation and success in a newly integrated digital space.